The annual awards program, which culminates in a gala held in the spring, honors member firms for “design achievements of superior skill and ingenuity.” 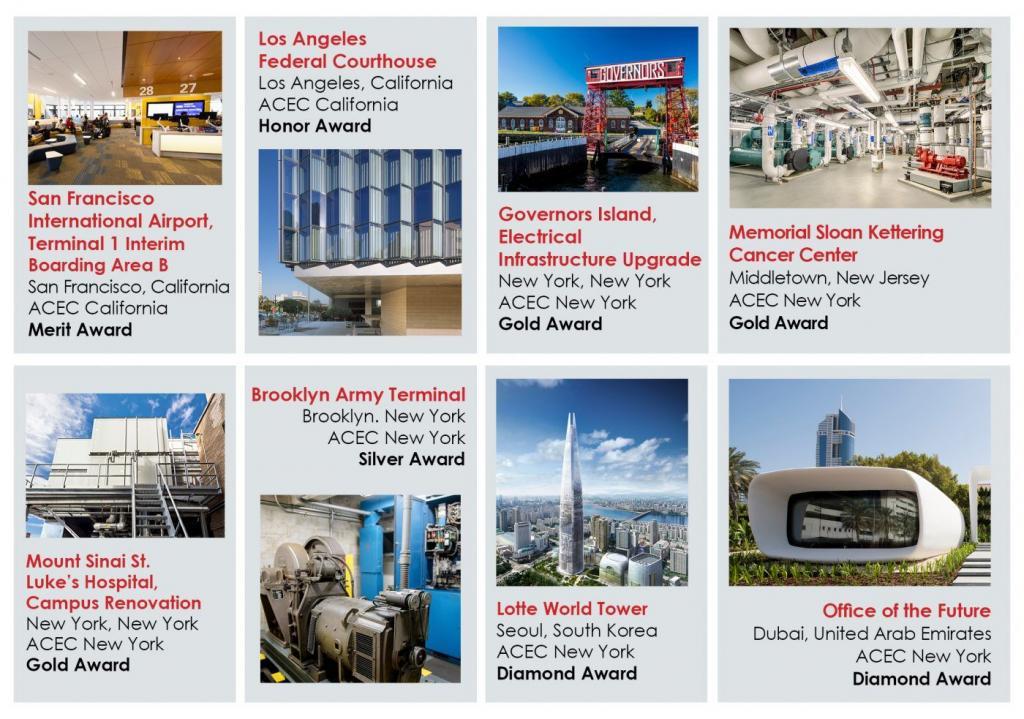 The annual awards program, which culminates in a gala held in the spring, honors member firms for “design achievements of superior skill and ingenuity,” according to the association. Each year, “over 60 firms submit projects that are judged on a rigorous set of criteria, which includes complexity, innovation and value to society.”

Syska Hennessy’s award-winning projects for the 2018 program include:

Diamond Award, Special Projects, for “Office of the Future,” the world’s first 3D-printed commercial office building. Syska was part of the team that designed, printed, assembled, and fit out this modern workplace, which is on the campus of Dubai’s Museum of the Future.

“The ACEC New York awards are our local version of the Oscars for engineers, so we feel quite honored to win six awards,” says Cyrus Izzo, co-president of Syska Hennessy Group. “We’re also pleased that the winning projects reflect a broad cross-section of our practice areas, with healthcare, corporate, infrastructure and energy all represented.

Syska Hennessy Group is the leading global, full-service MEP, information and communication tech- nology (ICT) and commissioning engineering firm. With more than 500 professionals across 17 offic- es, the company provides a full range of engineering services for projects of every size and budget. Since 1928, Syska has been designing smarter, safer, and more efficient buildings by integrating essential systems that respond and adapt to a changing world.