Founded in 1852, The Mount Sinai Health System in New York is one of the oldest and largest medical institutions in the country. The not-for-profit group encompasses seven hospital campuses throughout New York City. Syska’s Tim Krawetz recently met with Ken Holden, chief facility officer to discuss the benefit and challenges of switching to IPD to building new – and maintain existing – facilities. 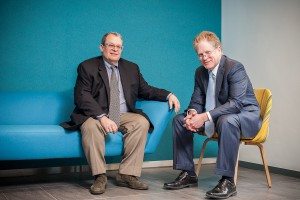 “Traditional design, bid, build relies on the idea of sequential processes that can lead to a certain amount of conflict between parties. If we’re doing 40 projects simultaneously, including both a building separation and transformation, I want one architect, one engineer and one CM. Using IPD binds the team contractually and champions collaboration among the building trades.

Bringing trades in early as partners in the IPD team means they all have skin in the game, which helps minimize risk. Traditionally, there’s a hierarchy of certain vendors and trades, but now all of a sudden all are at the table from day one. We’re all equally involved. We’re all sharing risk.

Almost all of our projects take place in a heavily occupied environment, so the team’s core challenge is how to phase and complete projects successfully with minimal impact on patience care, and improving care in the long-run.”